FAIRFIELD PORTER AND HIS CIRCLE OF POETS AND PAINTERS 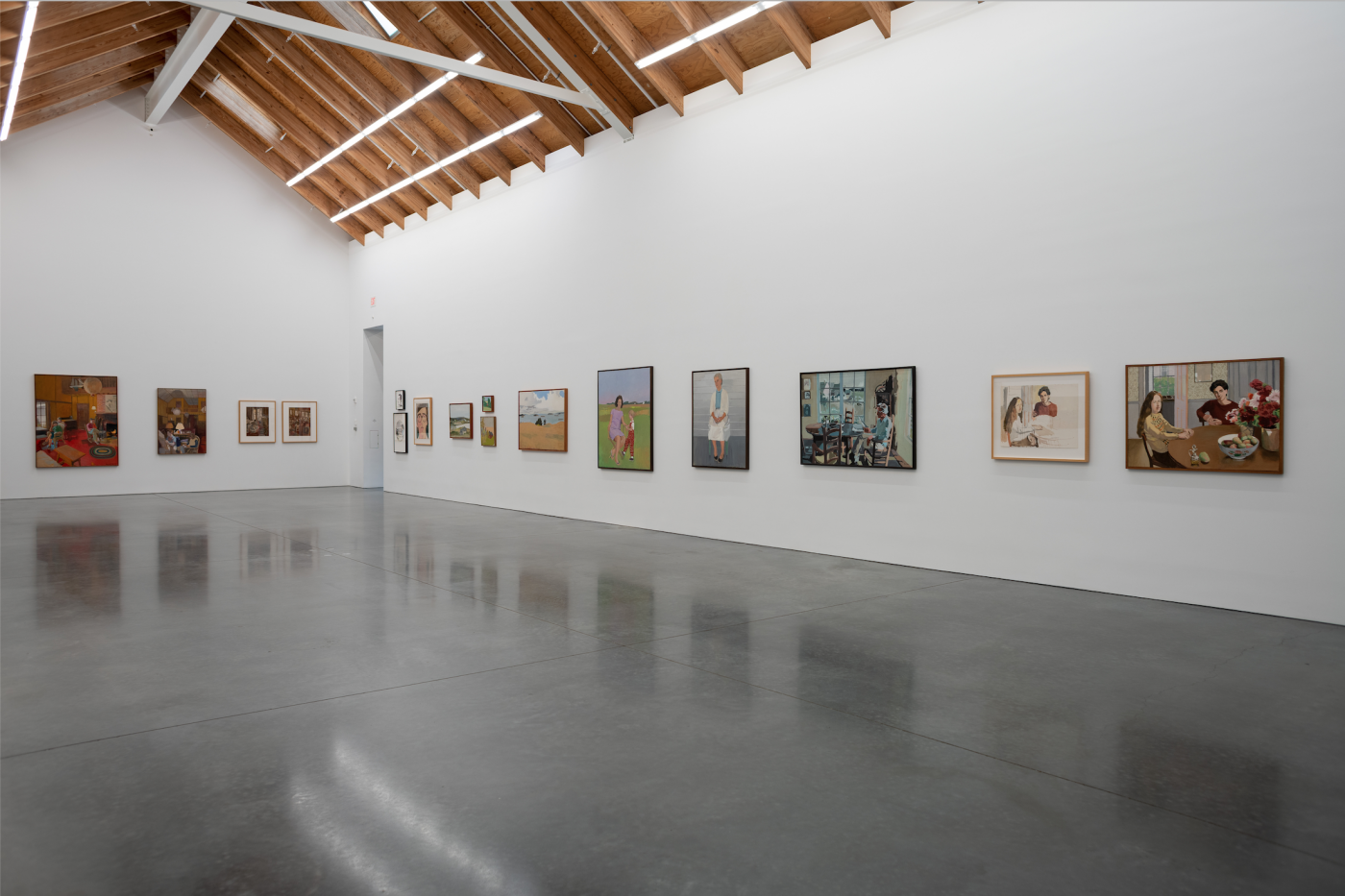 The Parrish Art Museum presents Housebound: Fairfield Porter and his Circle of Poets and Painters, an exhibition featuring the work of painter Fairfield Porter, poet Anne Channing Porter, and their circle of artist and poet friends who had many shared experiences in the village of Southampton, NY during the 1950s, 1960s and 1970s. The project is an extension of a series of online discussions presented remotely due to the pandemic, that has sparked widespread and renewed interest in Porter and this significant period of mid-twentieth century American arts and letters.

Porter and his wife poet Anne moved from New York City to a 19th-c. sea captain’s house in the village of Southampton  in 1949. It was there that their friends gravitated, sharing a sensibility and a practice whether creating paintings or writing poems. Everyday objects and occurrences became sought-after subject matter for them. For instance, the essence of what Porter found in the disheveled still life of breakfast bowls on the table also inspired poet Frank O’Hara to inventory his lunch hour round of errands “before catching the 4:29 to East Hampton.”

The work of Porter and his circle has a special resonance for the Parrish Art Museum, as a place to discover and connect with the rich creative legacy of the East End and its global impact on the art world. Porter spent the most productive years of his career in the village of Southampton; upon his death Porter’s estate donated the paintings that remained in the studio (some 200 works) to the Museum in recognition of his bond with the Parrish and the village where he lived for 25 years. This group of paintings is a vibrant and relevant resource, affording an incredible in-depth look at the artist’s work from the late 1920s through the mid-1970s.

The exhibition takes as its central theme the resonance between paintings and poetry with examples of Porter’s work (some 40 works) and that of Robert Dash, Jane Freilicher, Alex Katz, and Larry Rivers, among others, who visited or stayed at the South Main Street house and who, in many instances, made their own homes on the East End as well. Poets of the New York School, including John Ashbery, Kenneth Koch, Frank O’Hara, and James Schuyler, visited and collaborated often.

At this particular moment, when we as a nation have been cut off from one another and pushed to the brink of numbness, poetry and painting have the ability to reach our feelings and emotions the way nothing else can. Devoid of heroics and histrionics these poets and painters have much to inspire us.

Housebound: Fairfield Porter and his Circle of Poets and Painters is organized by Alicia G. Longwell, Lewis B. and Dorothy Cullman Chief Curator of Art and Education. The exhibition is made possible, in part, thanks to the generous support of the Art Bridges Foundation,  Marty and David Hamamoto, Caroline Hirsch and Andrew Fox, Garrett and Mary Moran, and Andrea Glimcher. The Museum’s exhibitions and programs are made possible, in part, by the New York State Council on the Arts with the support of Governor Andrew M. Cuomo and the New York State Legislature, and the property taxpayers from the Southampton Union Free School District and the Tuckahoe Common School District.