FRIDAY NIGHTS AT THE PARRISH

Thank you for engaging in our live-stream programs for the past four months. These will continue even when we return to our weekly live programs at the Parrish! 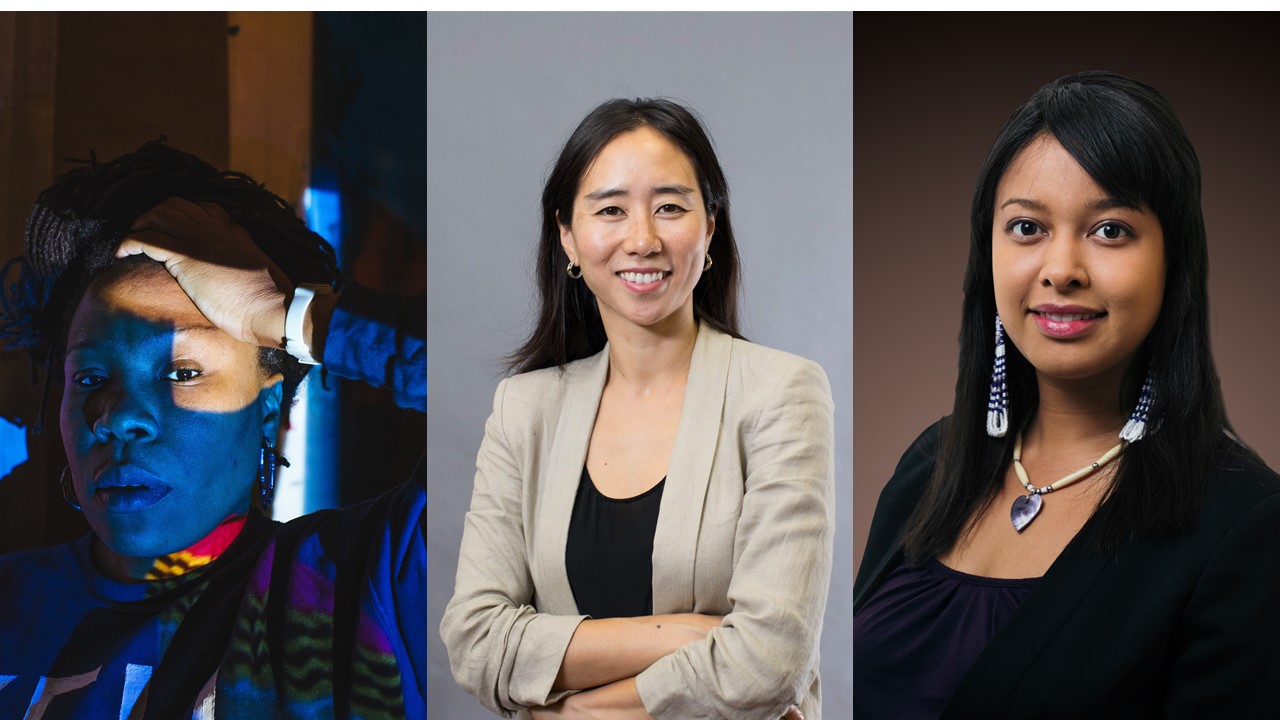 Join a live-stream talk featuring Tomashi Jackson, the Museum’s 2020 Platform artist; K-Sue Park, Associate Professor of Law at Georgetown University Law Center; Kelly Dennis, a member of the Shinnecock Nation and attorney specializing in Federal American Indian law; and Corinne Erni, Senior Curator of ArtsReach and Special Projects, who will moderate the discussion. Jackson will focus on historical land rights and appropriation in the United States—specifically the Shinnecock Indian Nation in Southampton, on the East End of Long Island—as it relates to her multi-faceted project, The Land Claim.

The Land Claim focuses on the historic and contemporary lived experiences of Indigenous, Black, and Latinx families on the East End of Long Island. In her work for the exhibition, Jackson juxtaposes current and historical racial segregation in the region, similar to her work in the 2019 Whitney Biennial.

About the Participants
Kelly Dennis is an attorney specializing in Federal American Indian law. She has represented her tribe, the Shinnecock Indian Nation, and other sovereign tribal nations on matters such as land rights, civil rights, cultural and natural resources protection, as well as tribal governance and business development. She continues to represent individual tribe members on education law, family law, small business, and other matters as an Of-Counsel Attorney with The Law Offices of Tela L. Troge, PLLC located in Southampton, New York. Dennis integrates her legal background with her passion for the arts through social justice advocacy efforts for the rights and welfare of indigenous peoples. As such, she has served as the Public Programs & Residency Coordinator at The Watermill Center (WMC), an interdisciplinary laboratory for the arts and humanities located in Water Mill, New York.

About Tomashi Jackson
Drawing centrally from Josef Albers’s research on the relativity of color and the unconscious processes by which the brain organizes and reconciles information, Jackson’s work bridges gaps between geometric experimentation and the systematization of injustice, incorporating images printed and hand painted from photographs and materials chosen for their relevance into formalist compositions. She uses properties of color perception as an aesthetic strategy to investigate the value of human life in public space. Jackson’s research driven projects and visual interrogation of shared language around societal and chromatic color offers a narrative framework from which she constructs her own language of abstraction.

Tomashi Jackson was born in Houston and raised in Los Angeles. She earned her MFA in Painting and Printmaking from Yale University School of Art in 2016; a Master of Science in Art, Culture and Technology from the MIT School of Architecture and Planning in 2012, and a BFA from Cooper Union in 2010. Her solo exhibitions include Forever My Lady at Night Gallery, Los Angeles (2020), Time Out of Mind at Tilton Gallery (2019), Los Angeles , Interstate Love Song at the Zuckerman Museum of Art, Kennesaw, Georgia (2018), and The Subliminal is Now at Tilton Gallery (2016). Her work was included in the 2019 Whitney Biennial and additional group exhibitions at The Los Angeles Museum of Contemporary Art (LACMA), Mass MoCA, The Bakalar & Paine Galleries at the Massachusetts College of Art, Boston, and the Contemporary Art Center, New Orleans, as well as in the public collections of the Whitney Museum of American Art, LACMA, and the Baltimore Museum of Art.

Jackson was a 2019 Resident Artist at the Skowhegan School of Painting & Sculpture and the 2019 Resident Artist at the ARCAthens Residency Program, Athens, Greece. She has taught at the Rhode Island School of Design, the Massachusetts College of Art, Boston, and The Cooper Union for the Advancement of Science and Art, NY, and she has been a visiting artist lecturer at Boston University, New York University, Yale University, and School of Visual Arts, NY. She lives and works in Cambridge and New York City. Her work is represented by Tilton Gallery in New York City and Night Gallery in Los Angeles, CA.

Friday Nights at the Parrish are made possible, in part, by Presenting Sponsor:

Please consider a donation today for the Museum’s Public Programs

Friday Nights at the Parrish are made possible, in part, by Presenting Sponsor: