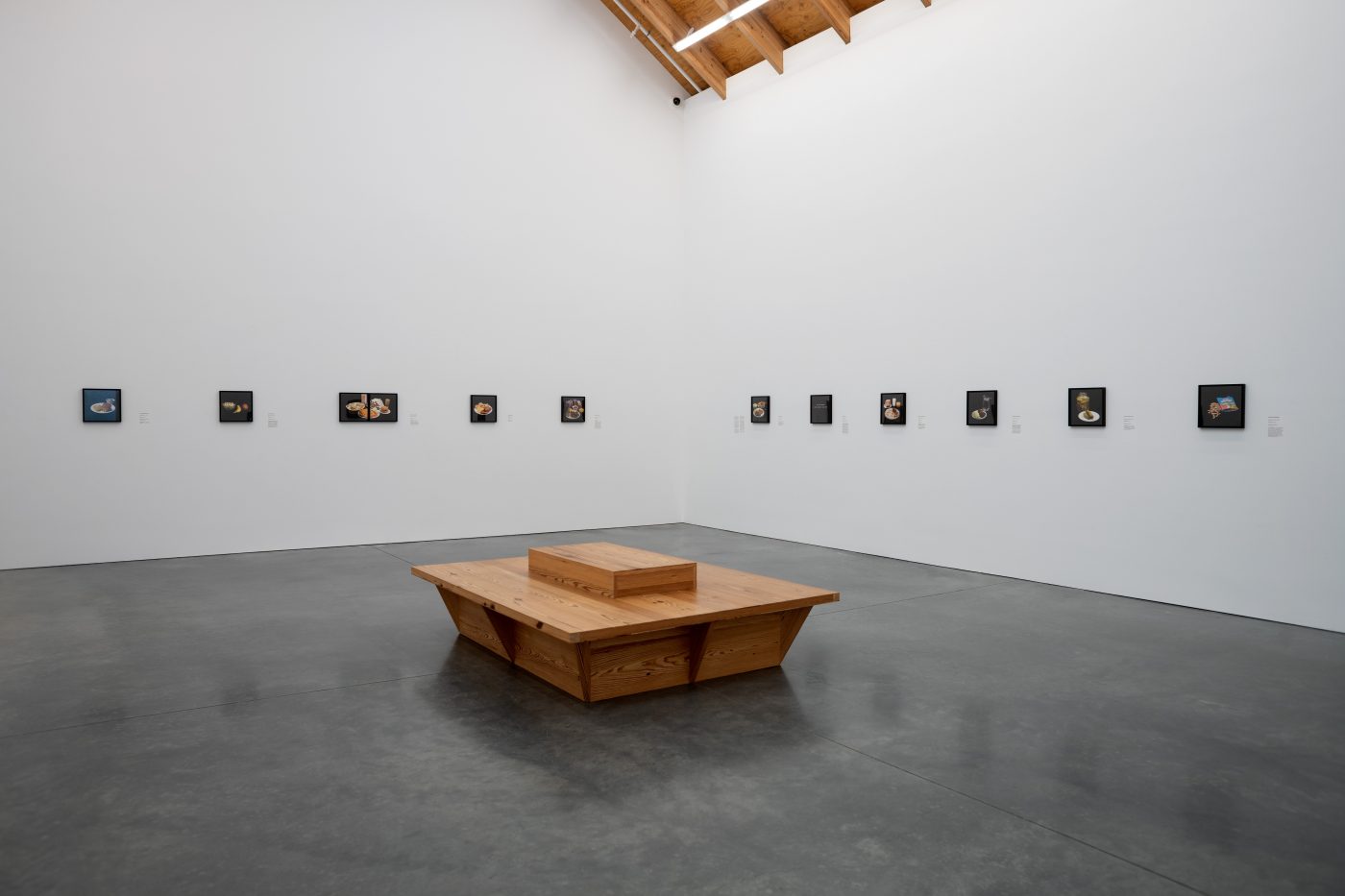 The Parrish Art Museum presents Jackie Black: Last Meal, a series of photographs recreating the last meal requests of 23 individuals on death row in Texas between 1984 and 2001. Artist and activist Jackie Black (American, born 1958) embarked on the project in 2001 with a blank slate: “I didn’t know enough about it. The more engaged I got in the subject and learned, the more I saw how very unfair the system is. Almost all of the executed people are poor, some of them obviously had mental issues, so it’s very unfair. I’m a strong anti-death penalty person now.”

Though Black made Last Meal between 2001 and 2003, the debate surrounding capital murder is by no means a conversation of yore. In 2016, all three states with death penalty referendums voted in favor of state executions: California and Oklahoma voted to keep the death penalty, and Nebraska voted to reinstate it. More concerning is the recent resumption of federal executions: on July 13, 2020, the Justice Department executed death row prisoner Daniel Lewis Lee via lethal injection, ending a 17-year informal moratorium on federal capital punishment. Within four days, Wesley Ira Purkey and Dustin Lee Honken were likewise federally executed.

The prison abolitionist Ruth Wilson Gilmore writes “while saving anyone is a good thing to do, to try to assert innocence as a key political organizing strategy is to turn a blind eye to the system and how it works. . .[the problem] is not to figure out how to determine or prove the innocence of certain individuals or certain classes of people, but to attack the general system through which criminalization proceeds.” Last Meal does this with subtlety. Black does not overreach; she does not attempt to exonerate any of the individuals, nor do the photographs themselves explicitly address moral and policy issues surrounding the death penalty. While at first appearing completely anonymous, the meals are paired with the biographical information and last statements of the individuals, alerting us to the myriad ways in which capital punishment is inhumane.

While many of us have fantasized about what our last meal would be, most of us are far enough removed from the possibility to turn it into a game, no more likely to materialize than a round of Russian Roulette or Cops and Robbers. The artist is not unaware of this voyeuristic detachment. In fact she capitalizes on it as a means to an end, the end being activating her viewers enough—in sympathy, curiosity, disgust, or what have you—to continue to educate ourselves about the carceral system in the United States and do something—anything—to make it more humane.